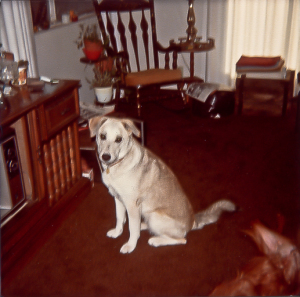 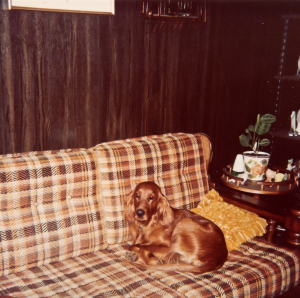 I cried today. It was in the name of research and remembering but still, there were tears shed. For a good reason. Several good reasons.

I’m working on an essay. A very personal one. Okay, an essay by definition is personal but this one is more-so. It’s about me. But not.

I’ve been wanting to write this piece for a long time. I finally thought I felt brave enough to dive in.

So I did. And for a few hundred words the excitement of telling the story wiped out the basic fact that this was real and true. I wasn’t writing a novel. I was writing about things that really happened. And as happens when I am doing the freewriting, letting the words fly out willy-nilly and land wherever they want (because I know revision will clean things up in the end), I had a memory pop into my head.

It was from my childhood. That surprised me but it connected my childhood to the essay which was still about me. But not. And that connection was important to tying the essay together.

So I sat with that memory and jotted down all flashbacks that ricocheted around my brain and then, well then I decided to do a little time travel courtesy of YouTube and see what else I might remember.

It didn’t take long to find what I was looking for. The star, Jerry Lewis. And the show, his Labor Day telethon for Muscular Dystrophy. It was a tradition, every year, me and Jerry Lewis would spend the long weekend together while my husband was off for a guys-only weekend of hunting for deer.

A few clicks and soon I was listening to Jerry’s trademark laugh before he asked for new number on the tote board. He would cheer and the audience would cheer and then, with tears streaming down his face, Jerry would sing a song intended to move people to tears of their own and hopefully convince them to part with a few more dollars in support of the Muscular Dystrophy Association.

Today Jerry Lewis held my hand and took me back in time, and helped me remember so many things about that time in my life.

The house we lived in sat across the street from my then best friend. Most times our husbands were off doing things together Patty and I would be together too. Except for Labor Day weekend. That was just me and Jerry on our own.

I clicked on another video and closed my eyes while Jerry Lewis and Sammy Davis Junior did a duet that I could remember seeing for the first time so many years ago. Memory fragments surrounded me. The nubby brown and orange couch I sat on while I watched the alternately entertaining and heartbreaking telethon. How I would always try to stay up around the clock but never managed to do so. The too-dark fake wood paneling that was all the rage in the 70s. The old-fashioned TV in the big wood console. There were birds and hamsters (I still can’t remember how I finally managed to get rid of all those hamsters) in the spare bedroom and dogs, at one time  five of them, (then four after the turkey incident), wandering around the house. It was home. My first marriage. The early years.

There wasn’t a baby, not yet, but there was talk of one. Soon. But that’s a story for a different time. An essay of its own, perhaps.

Sometimes memories are a comfort. Sometimes they rip off scabs you thought had healed long ago. Sometimes they simply light the path you have to walk one more time before you let things go.

I cried today. I expect I will cry some more before this piece is done.

Because you can’t carry guilt about things you wish you could change forever.

And because the guilt you try to carry isn’t even real. It’s fiction, a story you tell yourself because if you’re making it all up you can make the story end a different way. The way you want it too. A happy ending.

But essays are a chance to tell the truth and let go of guilt and find the light, even if it is just a tiny light, that you can share with someone else.

Psst. Want to get my blog updates right in your email in-box? All you have to do is hit the SUBSCRIBE button in the top right corner of this page. Then you won’t miss a post. If you haven’t subscribed in the last 6 months you will need to resubscribe as my database was lost. Thank you. Go on, you know you want to. And thank you, in advance.