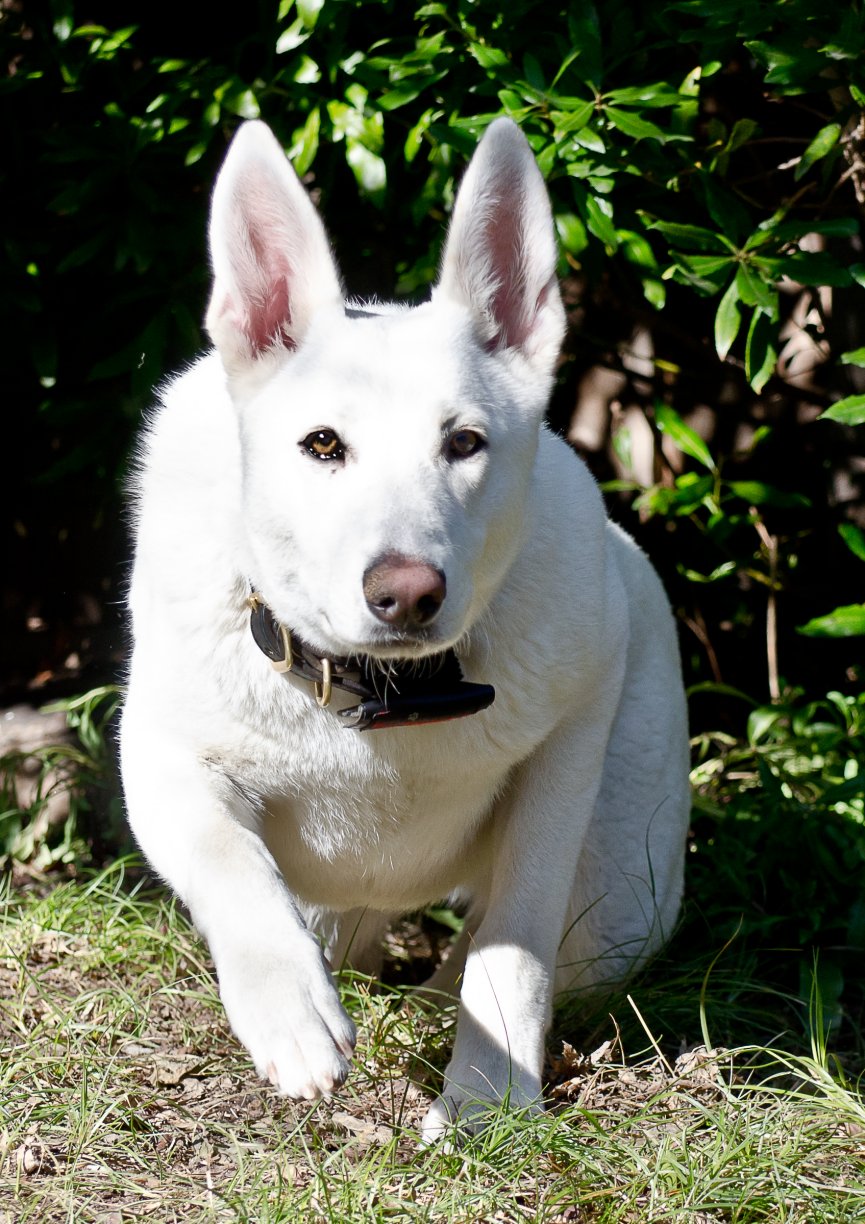 Each dog brings a certain set of gifts to the family that welcomes it into their home. It also brings certain behaviors that may or may not be quite as welcome. If you are raising a puppy you have many opportunities to train them right from the start. If you adopt an older rescue dog you get behaviors that might have been encouraged by previous owners but that you find unacceptable. Stopping some of those unwanted behaviors might be easier than others. It’s a lot like writing a book- some books just seem to write themselves, entire chapters come out with very little revision needed, the plot falls right into place and the characters are so interesting that you can’t help but turn the page to see what happens next. Other books come out in bits and pieces, starts and stops, where we often think it is the worst thing that was ever written and can’t possibly be fixed except for those days we think every word we write is tinged with gold.

Zoey came to us at about 15 months old and with no known history except being found as a stray and spending a few weeks with a foster mom. She was loving and playful and responded well to verbal corrections from the start. The first night we had her, she jumped on the bed, the only piece of furniture our dogs are not allowed on, but when I told her off  she jumped right down. The next morning she put her front two paws on the bed and I told her off and again, all four feet on the floor. She tried the same trick with sniffing food on the counter but a simple “leave it” was enough to discourage this behavior. Now we can be working on dinner with raw meat on the counter and she is happily sprawled on the floor, not even trying to counter surf. (Not that I would trust her with the meat on the counter if we left the room.)

But all bets were off when she decided she wanted to play. Zoey has no bite inhibition. Previous owners likely thought it was “cute” to have a little snowball puppy mouthing on them. The trouble is that once those adult teeth come in and a dog hasn’t been taught not to clamp down on hands and arms and legs, someone is going to get hurt. In this case, it was me. The first month we had Zoey, every time she wanted to play she would nip at my legs or jump up and nip at my hands and arms. She would get into this manic mode where she was all fired up and nothing I said or did would stop her. My arms and legs were covered with bruises because she didn’t know to not to bite down on me. And of course I made it worse because I didn’t want her to bite so I pushed her away and that merely made her think it was okay to keep playing with me. My hands were just another set of paws tapping her on the shoulder and inviting her to chomp on me. I tried turning my back on her so I could ignore her but it just gave her free access to nip me.

I’ve tried to turn my back on books that didn’t want to be written but the characters haunted me, begging me to keep trying until I got their story right. Some of them are still begging because working on them is more painful than ignoring them. I do not know that I will ever be able to write the essays I want to write about my life in New Orleans. I don’t think Flyboy’s story will ever be finished. And I am starting to think that a particular essay I started on friendship will remain unfinished. It just hurts too much to go on with it.

Our trainer taught us to teach Zoey to “get a toy” so she would always have something in her mouth. That has worked nicely for when Zoey wants to zoom around the yard. She grabs a toy off the porch and runs with it in her mouth. As long as she has the toy in her mouth she can’t nip as she is going by. But as soon as I  walked across the yard to the glider to sit for a while she took that as an invitation to nip. And if I forgot to bring a toy with me it was very painful trying to make my way back across the yard and into the house where I could do a time out, leaving her on the other side of the patio door. The same thing would happen in the house, when we would sit down to eat. Zoey would nip at our feet or legs, ripping clothes (and, sigh, skin) in an effort to get us to play with her.

We started working on the “stop” command, which worked great for our trainer who had perfected the necessary low voice to get Zoey’s attention. (Our trainer can also stop her with a stare. I haven’t mastered that yet.) So I tried working with “stop” in less frantic moments, in the house, and it seemed like it was kinda worked. Except it didn’t. Because when I needed it most was when Zoey was in frantic, manic mode. That was when she was hurting me the most, so in pain and frustration, my already high voice rose even higher in pitch. The more she nipped me, the higher my voice went until “stop! stop! stop!” sounded like a really bad falsetto in a really bad song. (Plus I couldn’t seem to keep from repeating the command which is confusing to the dog.)

I tried practicing lowering my voice but I just couldn’t get it low enough to sound more like a command and less like an invitation to play. So  I parked myself in front of the mirror and practiced saying “stop stop stop” in a bunch of different voices until they all ran together and then, finally, something different came out of mouth. Instead of STOP I said STOOP.

That second “O” makes a difference. My voice automatically dropped lower. Go ahead and try it yourself. I’ll wait.

Impressed? I was. I tried “stoop” with Zoey in the house and it seemed to work. We went outside and I got her riled up then asked her to “stoop” and she did. I think she was a little surprised at herself. Now I can play tug with her (one of her favorite games) and ask her to stop (stoop) then sit then to out the toy before we do it again. And she is doing it!

Here’s my theory. Zoey is a heavy mouthy dog with no training. When a dog (or a person) does something we don’t like, we ask them to stop. I’m guessing that Zoey has heard the word STOP so many times, in so many different voices, that it ceased to have any meaning to her. I needed a new word to communicate to her what I wanted her to do. And I needed a word that would allow me to naturally lower my voice so it would register with Zoey as a command.

The right voice makes a good story great. It’s the difference between finishing a book and remembering a book. Sometimes a character comes to me, whispering in the voice that I know rings true. But other times  finding a character’s voice is a battle, a battle that has to be won in the beginning because I can’t write a bunch of crappy lines to be revised later if I can’t hear the character’s voice. The current work-in-progress isn’t easy. I write a poem I love and realize it doesn’t work in the plot. I dink with the plot and realize it doesn’t work with the characters. But the hardest thing to nail down has been the voice for each of the two main characters. I started off thinking in simple terms, one girl in a good situation who was nice and one girl in a bad situation who was bad. Then I flipped it, good girl in bad situation, bad girl in good situation. That felt better and one of the girls immediately started speaking to me but the voice of the bad girl in a good situation never sounded true and believable. It was forced because I was freaking out about writing something that cut so close to the bone of my own life story. The closer I got to me, the more “off” the voice sounded. I had to force myself to try a lot of different voices, which meant throwing away thousands of words that didn’t work, until I found the pulse of this girl who was me but not me. Until I could hear her whispering to me, begging me, to get her story down.

Zoey has made amazing progress with her nipping in just the last week. I’ve continued to use STOOP as my stop command and it continues to work for Zoey. That’s not to say that all nipping has disappeared. But when it starts, I can stop it with just one word, the right word for me to get my message across in the way that Zoey needs to hear it.